Saint Lucia has the newest, and arguably, the best positioned citizenship-by-investment program in the Caribbean.  The Saint Lucian passport is ranked highly at 35th in the world. Saint Lucian citizenship will not only allow for increased ease of travel, it can also open doors to rewarding business opportunities around the world.

Saint Lucia’s government is a two-party parliamentary democracy within the British Commonwealth realm. The Queen of England is the Head of State, represented on the island by a Governor-General.

In recent years, an increasingly educated workforce and improvements in infrastructure and port facilities have attracted foreign investment in several industries; including tourism, petroleum storage and transshipment. Saint Lucia has been able to attract an influx of foreign business and investment, primarily in its offshore banking and tourism industries, which is Saint Lucia’s main source of revenue. 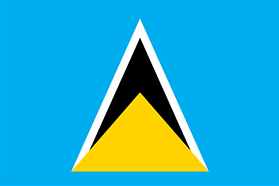