Established in 2014, the Maltese Individual Investor Program (IIP) offers individuals and their families the opportunity for citizenship in a highly respected EU Country. Malta has maintained its European Union membership since 2004 and it enjoys a stable political climate, a fast growing economy, and possesses some of the safest financial institutions in the world.

The Republic of Malta is located in the South of Europe. It is an island nation made up of an archipelago in the Mediterranean Sea. The island lies just 80 km south of Italian island of Sicily and covers roughly 320 km2, with a population of approximately 450,000.

Malta is one of 33 countries classified as having an advanced economy, according to the International Monetary Fund. The country depends on foreign trade, manufacturing and tourism to drive its economy, and has had recent successes in promoting cross-border financial services.

Malta’s warm climate attracts tourists from all over the world, who visit to enjoy the beaches, recreational activities, and great architectural and historical monuments. 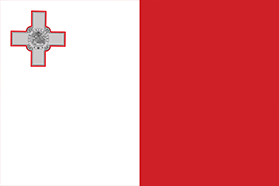